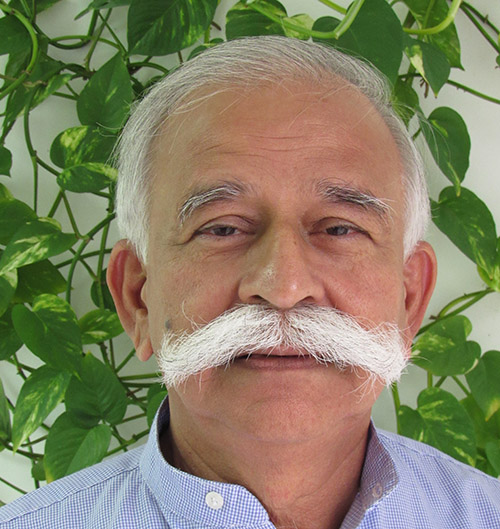 Glenn Sankatsing, born on a sugar plantation in colonial Suriname, wanted to become a cosmopolitan, a desire that many years of residence in The Netherlands, Suriname, Venezuela and Aruba facilitated. His interest in the social evolution of humanity and its future options, at a time that all development theories had failed, brought him to a yearlong trek as a backpacked student to sense the turbulent revolutionary landscape of South America in the 1970s, a journey that started in Caracas (Venezuela) and ended abruptly at two blocks from the burning Presidential Palace in Santiago (Chile) in 1973, as one of the most brutal military coups in the history of Latin America was on its way. A Master’s degree within the parochial confines of sociology in the Netherlands was eventually overcome by the extradisciplinary approach elaborated in his PhD dissertation on the shaping of the social sciences in the Caribbean (Central University of Venezuela). In his professional career, he was Director of the Institute of Economic and Social Research of the University of Suriname, General Editor of the Surinamese Journal of Social and Economic Studies, President of the Social Science Research Council at the University of Suriname, Vice-President of the XIIIth Latin American Congress of Sociology (Panama City) and Member of the Academic Board of the Instituto Venezolano de Estudios Sociales y Políticos en Caracas, while he lectured at several universities and worked as an international consultant and researcher for UNESCO and OAS. He has been Coordinator of the PhD Research School of the University of Aruba from 2008-2018. He is Director of Caribbean Reality Studies Center (www.crscenter.com), and Board member of the Rescue Our Future Foundation. Among his most quoted publications are Caribbean Social Science: An Assessment (Caracas, UNESCO, 1989), Social Science as a Victim of its Own Disciplines (in a volume on Caribbean Sociology, 2001), People’s Vote Compatible with People’s Fate: A democratic alternative to liberal democracy (book chapter, 2004) and Quest to Rescue Our Future (2016).